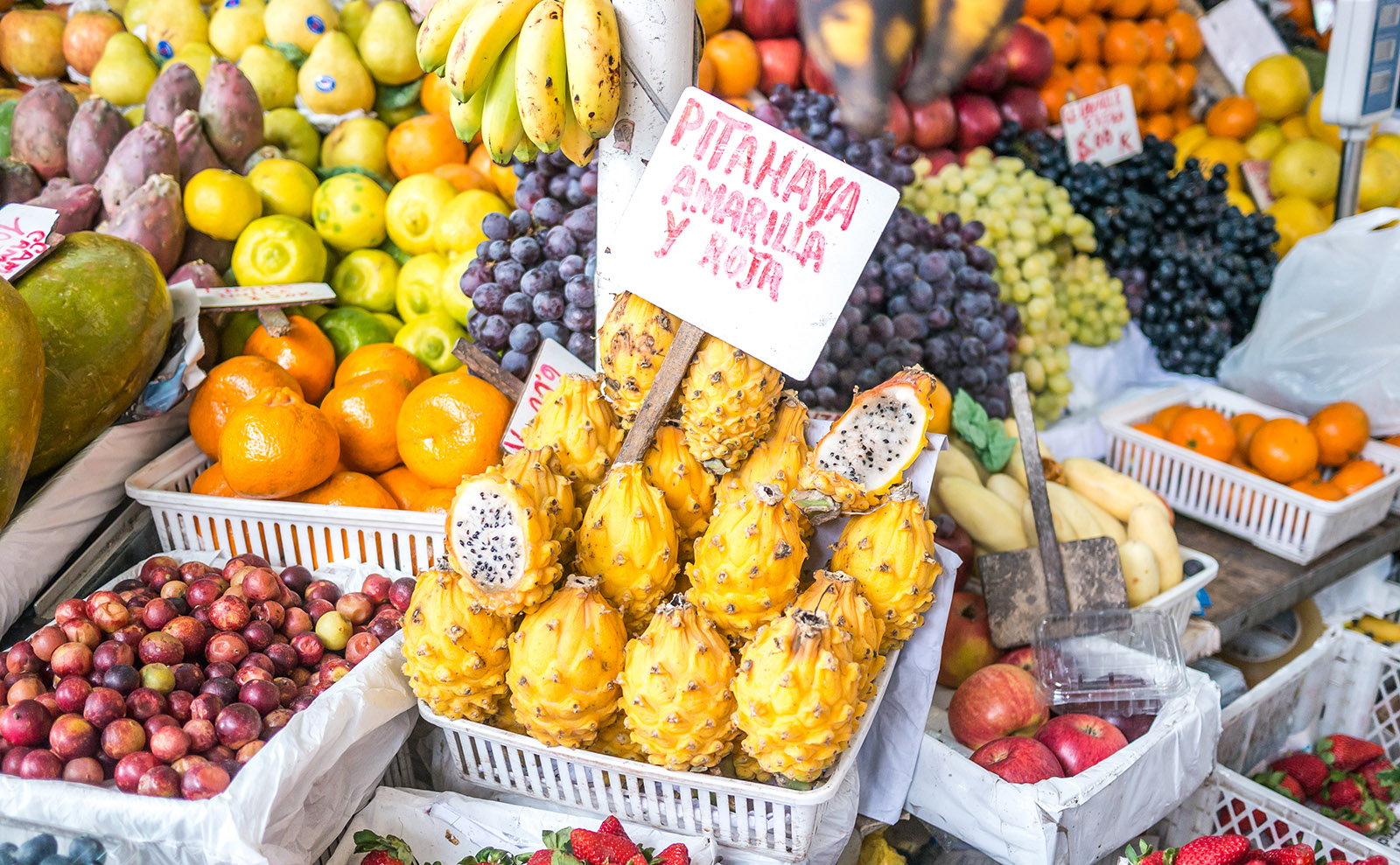 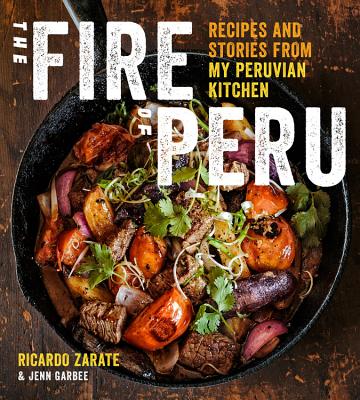 We usually recommend a novel in this space, but this time, we’re urging you to pick up the cookbook The Fire of Peru. We read this beautiful book cover-to-cover, like a novel. Yes, it features amazing recipes, but it’s also a moving story of family, food, reaching for dreams, and the everyday wonder of life in Peru.

Two of our favorite recipes from this book are the simplest: Andean popcorn and the classic pisco sour cocktail. They’re a delicious accompaniment while you read The Fire of Peru or any of the other recommended books from our podcast Peru: Andes Adventures, Fusion Food, and Piles of Gold.

The kernels of maíz chulpe or chulpe corn have a sort of elongated shape with pointy ends and pack a corn flavor that’s slightly sweeter than you might expect. Dried, fried, and salted, they’re transformed into cancha, a super-crunchy treat that’s like popcorn with attitude. This is the snack that herders pack for treks up the mountain and diners in Cusco and Lima enjoy alongside their ceviche. Pop a batch for snacking with your favorite Peru stories.

If you’ve eaten corn nuts, you’ve had a variation of this ancient food. In the 1930s, an American businessman started importing dried corn from Peru. After experimenting with the recipe and giving it a snappy name, it eventually became the mini-market concession you grab when you need a crunch fix. But this homemade, more traditional version is even better.

On the farms where chulpe corn is cultivated, it’s toasted in large terracotta pans placed right in the fire or over a low flame with butter, onions, and salt. In this recipe, adapted from The Fire of Peru, the kernels are ‘popped’ in oil and seasoned with plenty of salt and a little paprika for bite. Feel free to experiment with seasonings — every cook puts their own spin on this standard recipe.

You can buy chulpe corn online at Amazon.com, AmigoFoods.com, and ZocaloFoods.com.

Get it going. Heat the oil in a deep saucepan or Dutch oven over high heat until very hot, about 2-3 minutes. Add the corn, stir briefly, then cover the pot with a lid. Reduce the heat to medium-high and cook for 3-4 minutes, shaking the pan from time to time. The corn should begin to pop and smell toasty.

Peek inside. Remove the pan from the heat and let it chill WITH THE LID ON for 1-2 minutes. CAREFULLY lift the lid away from you, like a shield, to check the corn’s color. Most of the kernels should be a dark, golden brown shade. If they’re still yellow, put the lid back on and return the pot to the stove for 1 minute.

Cool and season. Let the corn cool in the pot, covered, for a few minutes, then remove the lid and drain the corn. Transfer the kernels to a large bowl and sprinkle with the salt and paprika. Let the corn cool for about 20 minutes, taste, and add more salt, if necessary.

To serve, eat it immediately, alongside a Pisco Sour, or cool completely and store in a covered container at room temp for up to 1 week.

In ancient Quechua, the word ‘pisco’ refers to coastal birds. We’re more interested in the modern etymology: It’s the name of the primary ingredient in the tart and delicious pisco sour.

Pisco is a colorless or amber-colored brandy made in the winemaking regions of Peru (and Chile). It’s basically distilled, fermented grape juice that’s transformed into a high-proof spirit with a bit of a kick.

Pisco production is tightly regulated in Peru: Only eight grape varietals can be used, and no flavors other than the grapes can be added during distillation. Although pisco is made in other South American countries, the Peruvian-style pisco is considered the highest quality. The flavor is clean, bright, smooth, and ready to be mixed with citrus for your drinking pleasure.

The original pisco sour was created by bartender Victor Vaughen Morris. He moved to Peru from the United States in 1904 to work in a railway company. When he moved to Lima a decade later, he opened Morris’ Bar, which became the place to go for Peru’s upper class and English-speaking foreigners.

The ingredients are simple — pisco, egg white, lime juice, and sugar — but when they come together, it’s magical alchemy. The citrus has zing, and the egg white makes it silky. Peruvian limes are more acidic than the kind available in US grocery stores, so this recipe uses a combination of lemon and lime to recreate the flavor. Cheers!

Make the simple syrup. Place the sugar and water in a small saucepan and warm over medium heat, stirring until the sugar has dissolved. Set aside to cool, then pour into a glass jar, seal with a lid, and place in the fridge to chill. You will need 1 1/2 ounces for the cocktails; save the rest for later.

Shake it up. Combine the pisco, egg white, lime and lemon juices, and 1 1/2 ounces simple syrup in a cocktail shaker with plenty of ice. Crank up a sexy salsa tune and shake to the beat until the egg white is very foamy, at least 10 seconds.

To serve, strain the drink a rocks glass and top it with a dash of bitters. Sip and smile.

My uncle Lucio on my mom’s side of the family was from the mountains, a man of pure Incan blood. In addition to Spanish, he spoke Quechua, the traditional language, and looked like a living Ekeko good luck charm, from his chiquito stature right down to his yankees, traditional shoes made from old tires. Mi tío never wavered from tradition, even when it came to snacks, and would only pop his maíz chulpe (large-kernel corn) straight up. In the Andes, herders stash the dried and toasted kernels in their packs as fuel for treks up the mountainside, and restaurants all over Peru serve the crunchy corn before a meal or as the traditional side for ceviche. — Ricardo Zarate

The Fire of Peru

Ricardo Zarate has been called ‘the godfather of Peruvian cuisine’ with good reason. A graduate of culinary colleges in both Lima and London, he’s established restaurants in LA and Las Vegas that celebrate Peru’s irresistible combination of South American ingredients with international influences. From starters to desserts and cocktails, this book has everything you need to bring the tastes of Peru into your home kitchen. {more}

This beautiful cookbook (276 pages) was published in October of 2015 by Houghton Mifflin Harcourt. The book takes you to Peru. Melissa read The Fire of Peru and loved it; it wouldn't be on our site if she didn't recommend it.

Feast your eyes on Peru's colorful, vibrant fusion cuisine and the mind-boggling beauty of its scenery. From Pacific beaches to the tippy-top of the Andean mountains, Peru is a destination to fuel your imagination.