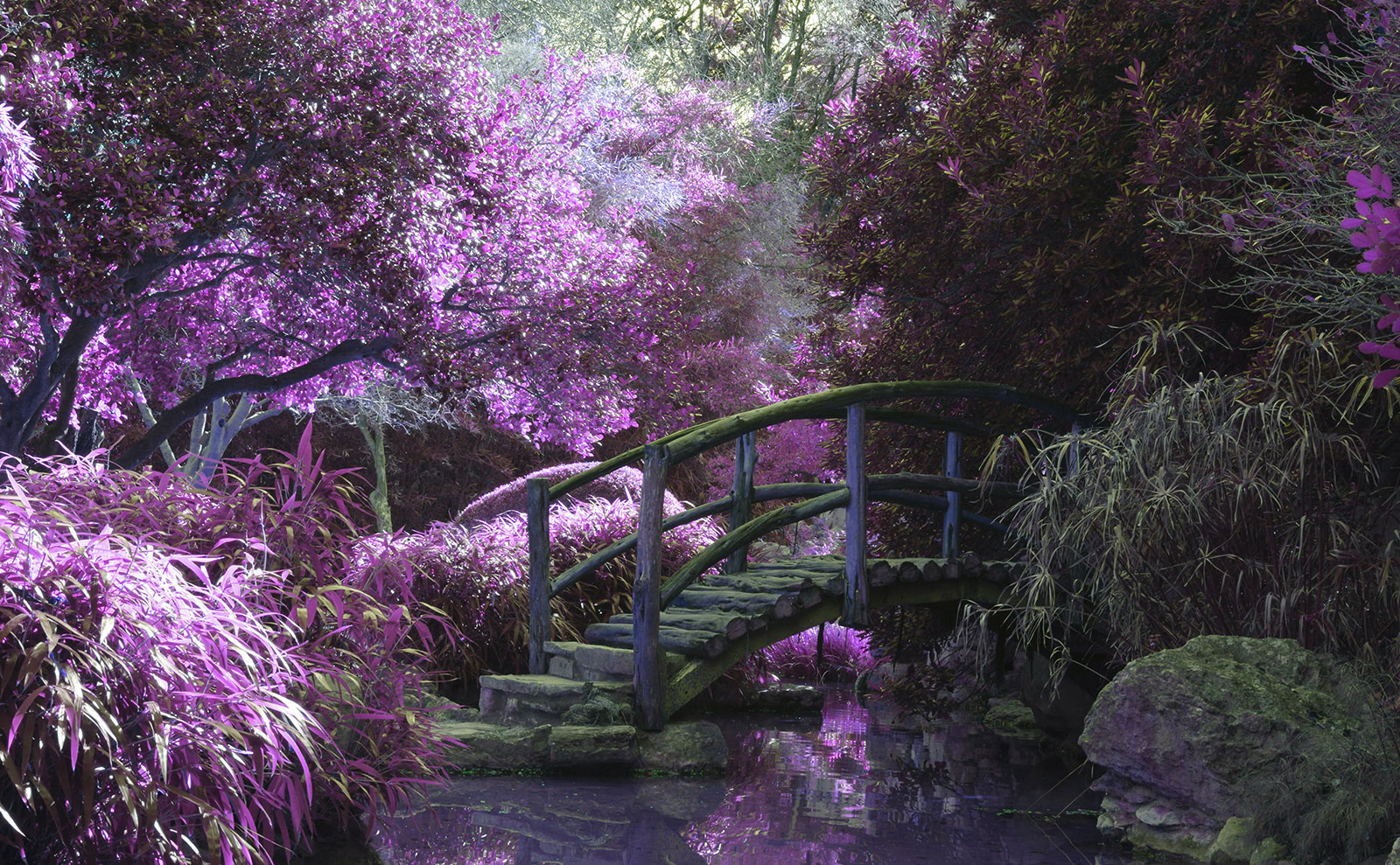 Walking is one of the best ways to unstick our thinking, and a stroll among vibrant green leaves and brightly-colored flowers is even better!

The lockdown brought on by the pandemic has given us a new appreciation for all the things that bloom. This post is a celebration of some of the prettiest spots on the globe. Whether all-natural, manmade, or somewhere in between, they’re a soothing way to remember that even on a dark day, sun and rain are helping the plants grow.

This unusual indoor garden — located inside the airport (!) — features a 6-acre indoor forest, walking trails, and the world’s tallest indoor waterfall. Throughout the biosphere, are different regions featuring bamboo, coffee trees, a topiary walk, and thousands of plants. {more}

This former mansion is now an art school and public park with paths that lead to forests populated by chirping birds and scampering monkeys. It’s tucked at the foot of Corcovado, the mountain atop which the Christ the Redeemer statue is perched. {more}

Founded by German businessman Carl Faust in 1921 because, as an enthusiast of Goethe’s works, he ‘wished to leave something useful to mankind.’ The gardens cling to steep cliffs above the sea, providing panoramic views of the Mediterranean and more than 4000 plant species from five continents. {more}

In 1904, Jennie Butchart and her husband Robert moved from Ontario to Vancouver Island to build a cement plant. As cement production exhausted the native limestone deposits, Jennie envisioned a grand garden in its place. Today, The Butchart Gardens is a National Historic Site of Canada and features a Rose Garden, Japanese Garden, Italian Garden, Mediterranean Garden, and the Sunken Garden shown above — the first garden created by Jennie in 1912. (Be sure to click through to the official website for dozens of stunning photos.) {more}

This floral work of art is on the plaza outside the Shanghai Museum and was created to celebrate National Day, an annual holiday on 1 October to commemorate the establishment of the People’s Republic of China in 1949. Festivities usually begin with the ceremonial raising of the Chinese national flag in Tiananmen Square in Beijing, followed by a large military parade, state dinners, concerts, and fireworks displays. {more}

Skagit Valley is tucked into the northwestern corner of Washington, and it’s home to colorful tulips fields as far as the eye can see. The Skagit Valley Tulip Festival is held every April and gives visitors a chance to take a scenic drive among the blooming fields and special display gardens. {more}

The former residence of a feudal lord, this park was converted into a botanical garden by the Imperial Family in 1903 to entertain their guests. It was almost completely destroyed during WWII but was reopened as a public park in 1949. It features a formal French garden, an English landscape garden with broad green lawns, and a traditional Japanese garden, shown here. In the spring, it’s one of the best places in the city to enjoy the cherry blossoms. {more}

International Street Food: Let's Eat Our Way Around the World

Sure, linen tablecloths can be nice. But a just-fried taco from a street cart that requires a pile of napkins is even better. Feast your eyes on these colorful photos and stories of street food from across the globe.

These photos will take you beyond the neon and rhythm of Tokyo to peaceful shrines, brilliant green landscapes, and some really cute monkeys in the mountains. These snapshots that explore the diverse beauty of Japan.