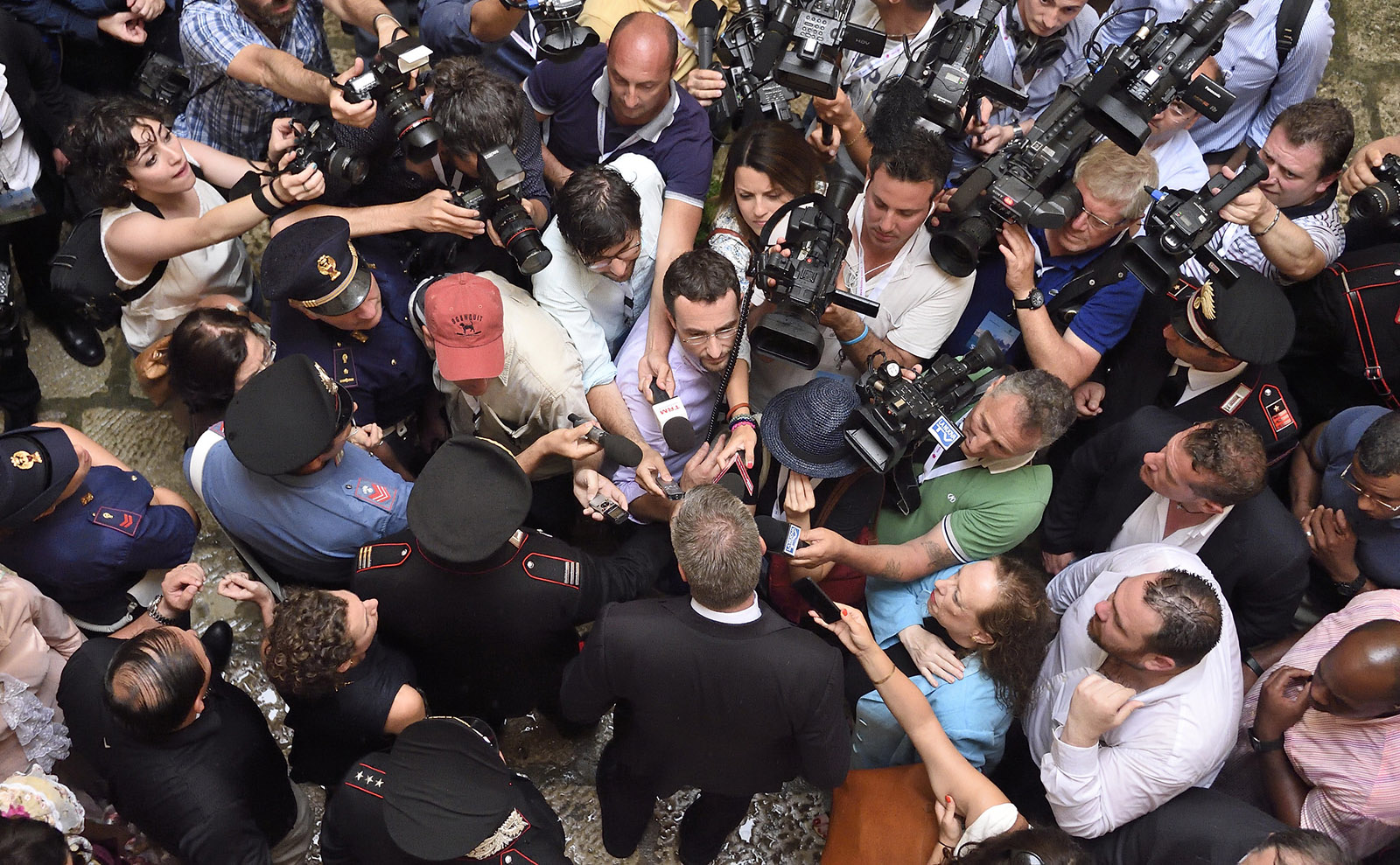 The word newsroom can conjure images of jaded reporters tapping away at typewriters and harried producers coddling the on-air talent just before showtime. But here in the 21st century, the newsroom is everywhere with citizen journalists and their pesky, ubiquitous mobiles.

A newsroom is a messy and exhilarating combination of camaraderie and rivalry. The deadlines are constant, and the work is high-stakes. That forms powerful bonds between people, but there’s also competition among colleagues to pursue the hot stories. That means a newsroom — whether it’s a print daily, a website, a mobile unit, or a TV studio — is a dramatic setting for stories, both fictional and factual. And journalists, reporters, newscasters, videographers, and photographers make very compelling protagonists.

Journalists can be nosy in a way that a regular person can’t. They have access to the famous and powerful — and they don’t need to worry about pesky things like chain of evidence or right to an attorney. They can also be symbols of integrity, fighting for the little guy or exposing corruption when officials can’t. Or won’t.

In this episode, we look at the history of news reporting and how it’s changed through time, including well-known figures like William Randolph Hearst, Joseph Pulitzer, Nellie Bly, and Ronan Farrow. Then we recommend five books that go behind-the-scenes of journalism, including two gripping nonfiction works, a novel about a real-life underground newspaper, a thriller set in cable news, and a swashbuckling tale of 19th-century girl reporters.

For a complete roundup of all the books we recommend, plus a full transcript and the other cool stuff we talked about, visit the Episode 27 show notes.

Yes, yes, the Pulitzer Prize is great. But did you know that Joseph Pulitzer — a Jewish Hungarian-American and legendary newspaper publisher — masterminded a successful crowdfunding campaign? Well done, New Yorkers.