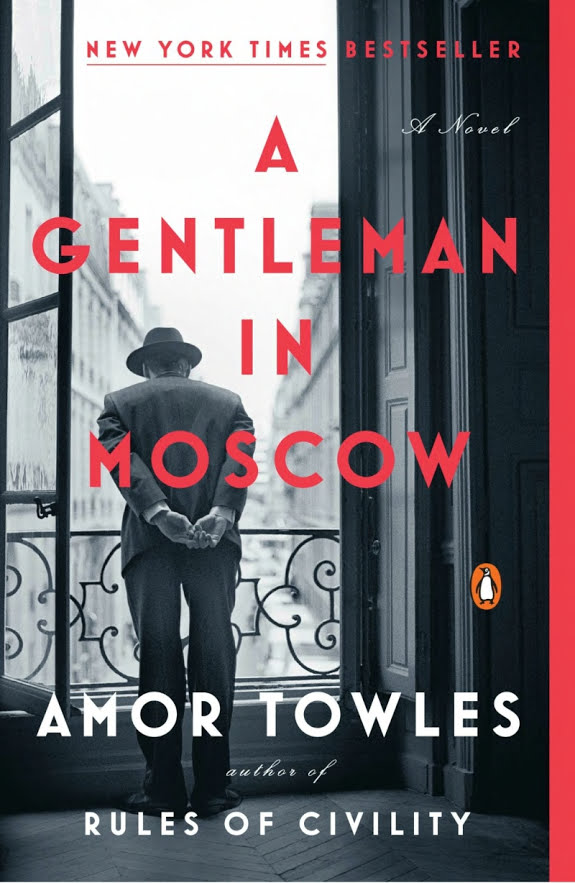 This historical novel (496 pages) was published in September of 2016 by Penguin. The book takes you to 1922 Moscow. David read A Gentleman in Moscow and loved it; it wouldn't be on our site if he didn't recommend it.

A Gentleman in Moscow

We should not like Count Alexander Ilyich Rostov — recipient of the Order of Saint Andrew, member of the Jockey Club, and Master of the Hunt. He’s rich, prone to quoting literature, and fussy about wine. But the Count will quickly become someone you wish you could know in real life.

Despite his privilege — or perhaps because of it — he’s charming, erudite, articulate, and unexpectedly kind and good.

In 1922 Russia, the Count is also wildly unpopular with the Communists. He’s a relic of the past, but, for political reasons, he can’t be eliminated. So they hide him away in the Metropol Hotel. Sentenced to house arrest in the epitome of luxury, he watches as his world suddenly shrinks to the confines of a small room, and then slowly, surprisingly expands. The hotel becomes a peculiar community of those who are able to leave, and he, who may not.

The Count eventually forges friendships with the other misfits — a preternaturally self-possessed 9-year-old girl, a taciturn chef, an elegant maître d’ — and all of them are affected in unexpected ways. While the turmoil of the 20th century rages outside the hotel — Bolsheviks and Stalinism and censorship — the Count finds small pleasures inside: a pot of bouillabaisse made from pilfered ingredients, a word game over lunch, a soothing piano sonata.

When the outside finally intrudes on the insular world of the Metropol, the Count is forced, once again, to reconsider his definition of home.

The hotel is luxurious, a character in itself, and the plot churns on small moments with devastating impact as the characters do all their living — and in some cases, dying — within the orbit of the Metropol. It’s funny and sweet and devastating, and you will never forget these people and their commitment to life.

Every Friday, we share our favorite book- and travel-related links. This week, we've got a quiz on 'hello' around the world, muralist Bunnie Reiss, the reader-character relationship, Amor Towles' new novel, and more.

Russian Nibbles & Vodka Inspired by the Novel 'A Gentleman in Moscow'

Zakuski, cold snacks enjoyed with vodka (or black tea), are a Slavic celebration of this life, this day, this moment with the people you hold dear. Grab your besties, this book, and raise a glass. Za vashe zrodovye!