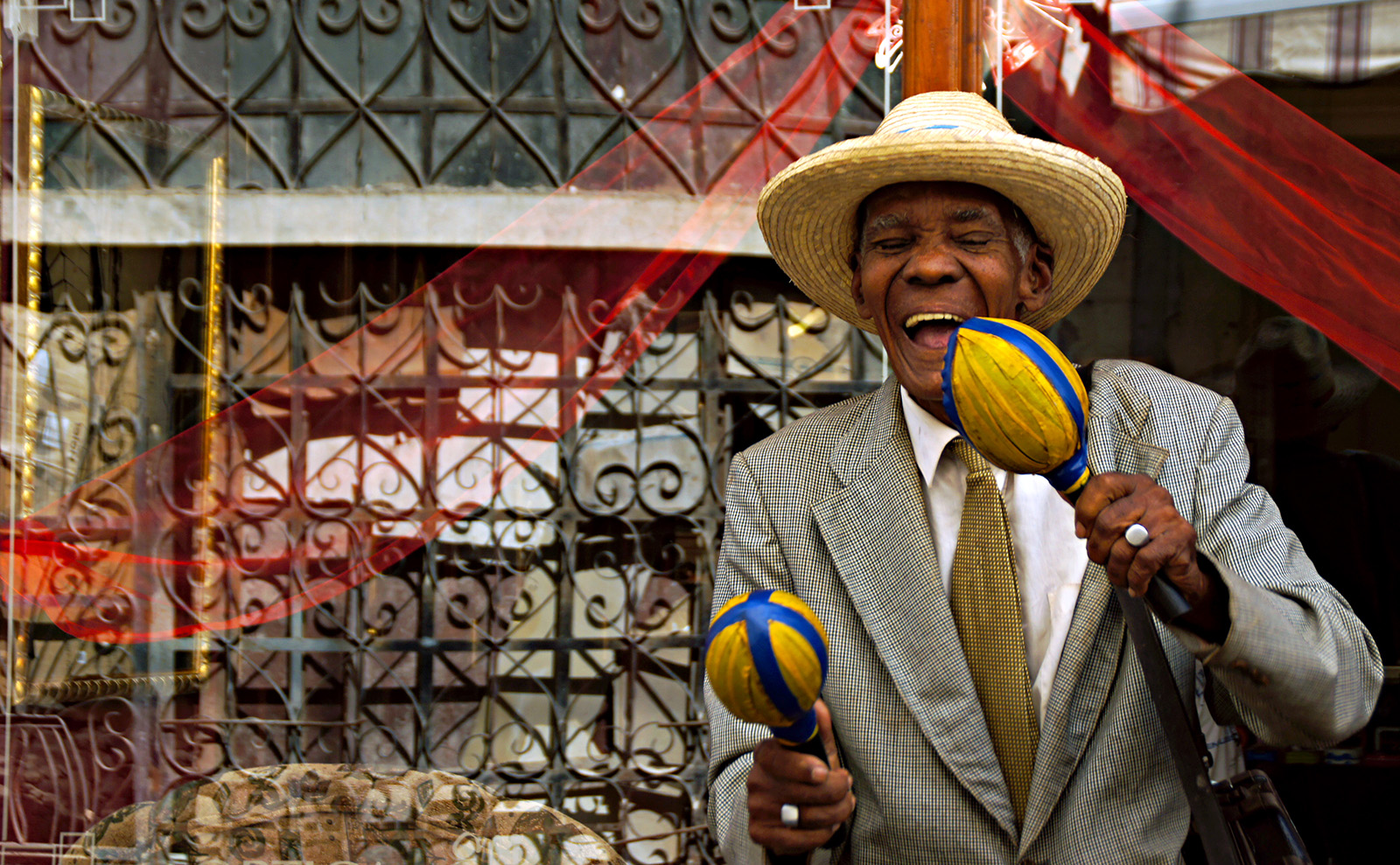 Cuba is the largest island in the Caribbean, with sparkling beaches, lush jungles, and mountainous forests populated by animals found nowhere else on earth.

It’s a beautiful place with a tough history: colonization, liberation, independence, revolution, and finally, communism. Fidel Castro ruled the Republic of Cuba for 50 years, with close ties to the Soviet Union (until its breakup in 1991) and a combative relationship with the United States, just 103 miles to the north.

But Cuba itself is colorful and welcoming. The capital city of Havana is a candy-colored dreamscape of charming pastel buildings, curvy American cars from the 1940s and ’50s, and everywhere: smiling, friendly people. The weather is hot and humid, so the rum cocktails are cold and sweet: mojitos and daiquiris and cube libre. Cigar smoke drifts out of doorways and through balcony windows, while vendors serve plates of food bursting with flavor, texture, and color: picadillo and plantains, yuca fries, congri, arroz con pollo.

And then there’s the music. Salsa and rumba and cha cha cha. Afro-Cuban jazz and mambo and timba. Guitars and maracas and bongos and cowbell. And literal dancing in the streets.

In this episode, we discuss books that transported us to this island nation: a suspenseful police procedural set during the 1990s Special Period; a thrilling hour-by-hour recount of the Cuba missile crisis; a sweeping family saga that’s an ode to storytelling; a journalistic memoir that explores life in modern Cuba; and a boozy murder mystery that travels back to the glamorous (and dangerous) nightclubs of the 1950s.

For a complete roundup of all the books we recommend, plus a full transcript and the other cool stuff we talked about, visit the Episode 11 show notes.

This picadillo recipe is homey, earthy, a little bit exotic, and tastes even better when it's shared with the people you love. Fire up the stove, crank the timba music, pour a cuba libre, and dance in your kitchen.