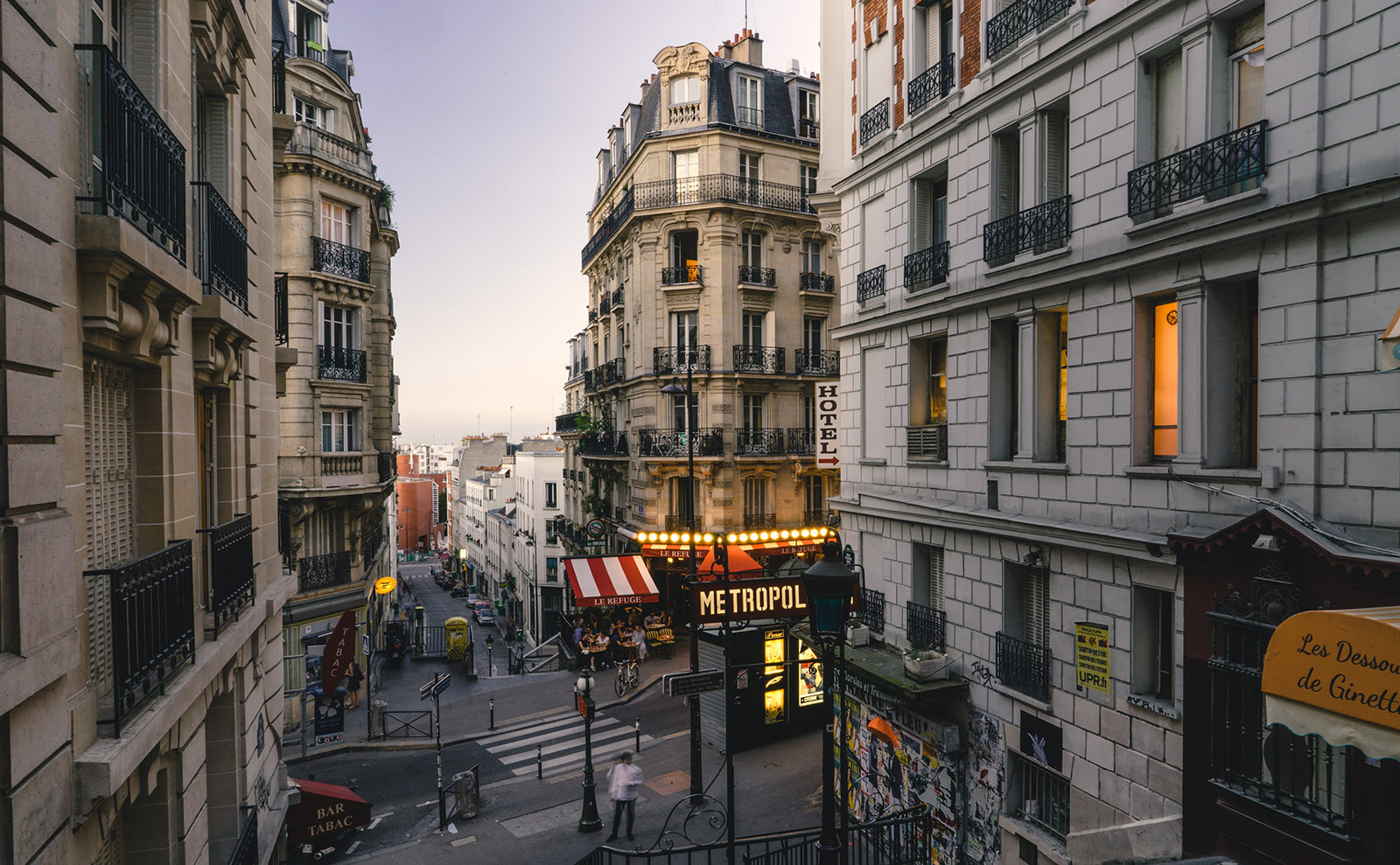 The Eiffel Tower can be seen from almost everywhere and is a constant reminder that you are in Paris. The streets are lined with cafés, the tables and chairs arranged so you can sit next to your companions and look out on the people passing by. The smell of baguettes wafts in the streets in the early morning. And when the sun gets lower in the sky, burnishing the buildings with its glow, people fill the cafés, drinking wine, smoking cigarettes, and talking, while their hands gesture in the air to make a point. It is, in many ways, just like the movies.

But Paris is home to more than 2 million people, and they’re not all chic women in little black dresses. Paris is a modern, thriving city with a vibrant, multicultural population and a cultural scene that pushes forward — in music, art, literature, technology, cuisine — as it nods at its illustrious past.

And you want to talk about history? There have been people in the vicinity of Paris since a Celtic tribe settled along the Seine all the way back in 259 BC. In the Middle Ages, it gave us Notre Dame Cathedral and The Sorbonne, the first university in France. Since then, dramatic history has played out on both the Left and Right Banks: the French Revolution, Napoleon’s reign, the Belle Epoque, the gilded era of the 1920s (with Hemingway and Gertrude Stein and F. Scott Fitzgerald and Picasso and Dali), and the dark days of WWII with Hitler and his Vichy government.

In this episode, we talk about some of our favorite experiences visiting Paris and how it really does live up to its dreamy reputation. Then we discuss the books that transported us there: an insightful memoir about one lively (and typically Parisian) street, an illustrated novel about the magic of everyday life, a fictional biography of Madame Tussaud, a modern crime novel with a snappy heroine, and a confection of a story that centers around an exceptional bottle of wine.

For a complete roundup of all the books we recommend, plus a full transcript and the other cool stuff we talked about, visit the Episode 13 show notes.