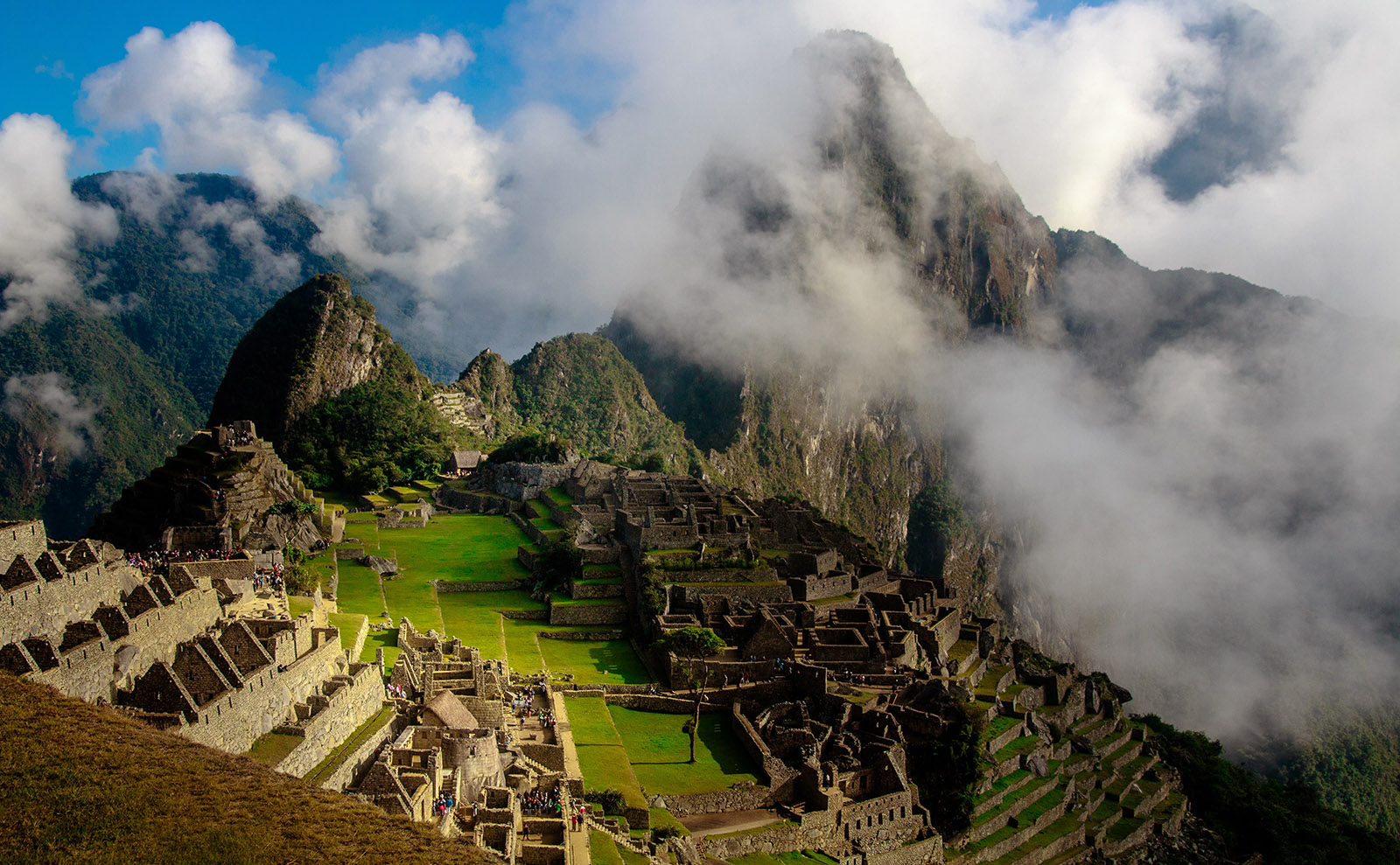 Peru is South America’s geographical triple-threat with beach-front desert on the Pacific coast, the Andes mountains (the second-highest range in the world), and dense Amazon rainforest. It’s also astonishingly beautiful with craggy peaks, lush greenery, lakes the color of aquamarines and sapphires, and so many very (very, very) cute llamas and alpacas.

The history and politics of Peru are as challenging as its rugged terrain. About 500 years ago, the Incas ruled a vast empire. But during a 36-year war, a group of just 168 conquistadors — lead by Francisco Pizarro — brought the Inca empire of about 10 million people to an end. Peru became a Spanish colony and, much later, finally won its independence, only to be bedeviled by presidents, coups, dictatorships, and internal terrorist attacks.

All of that aside, modern Peru is a mystical wonderland for travelers. There’s the aerie of Machu Picchu and the wonder of the Nazca Lines carved in the desert, plus night-time jungle excursions and tours on rope bridges amid the treetops of the Amazon. There’s also stunning architecture in the cosmopolitan cities of Lima, Cuzco, and Arequipa, where you can visit museums by day, then dine of world-class cuisine and sip pisco sours by night.

In this episode, we explore the history and culture of the country that naturalist Alexander von Humboldt called ‘a beggar, sitting on a bench of gold.’ And we recommend six books that capture the Peruvian magic: two memoirs that illuminate Peru’s enchanted landscapes, two cookbooks that explore the culture and fusion cuisine, a detailed account of Incas vs. conquistadors, and a gorgeous novel of friendship and adventure.

For a complete roundup of all the books we recommend, plus a full transcript and the other cool stuff we talked about, visit the Episode 20 show notes.

Forget corn chips and margaritas! We're about to upgrade your snack time with irresistibly crunchy-salty corn from Peru, washed down with a tangy, zingy pisco sour. This is snacking, Peruvian-style. Cheers to you!

Feast your eyes on Peru's colorful, vibrant fusion cuisine and the mind-boggling beauty of its scenery. From Pacific beaches to the tippy-top of the Andean mountains, Peru is a destination to fuel your imagination.