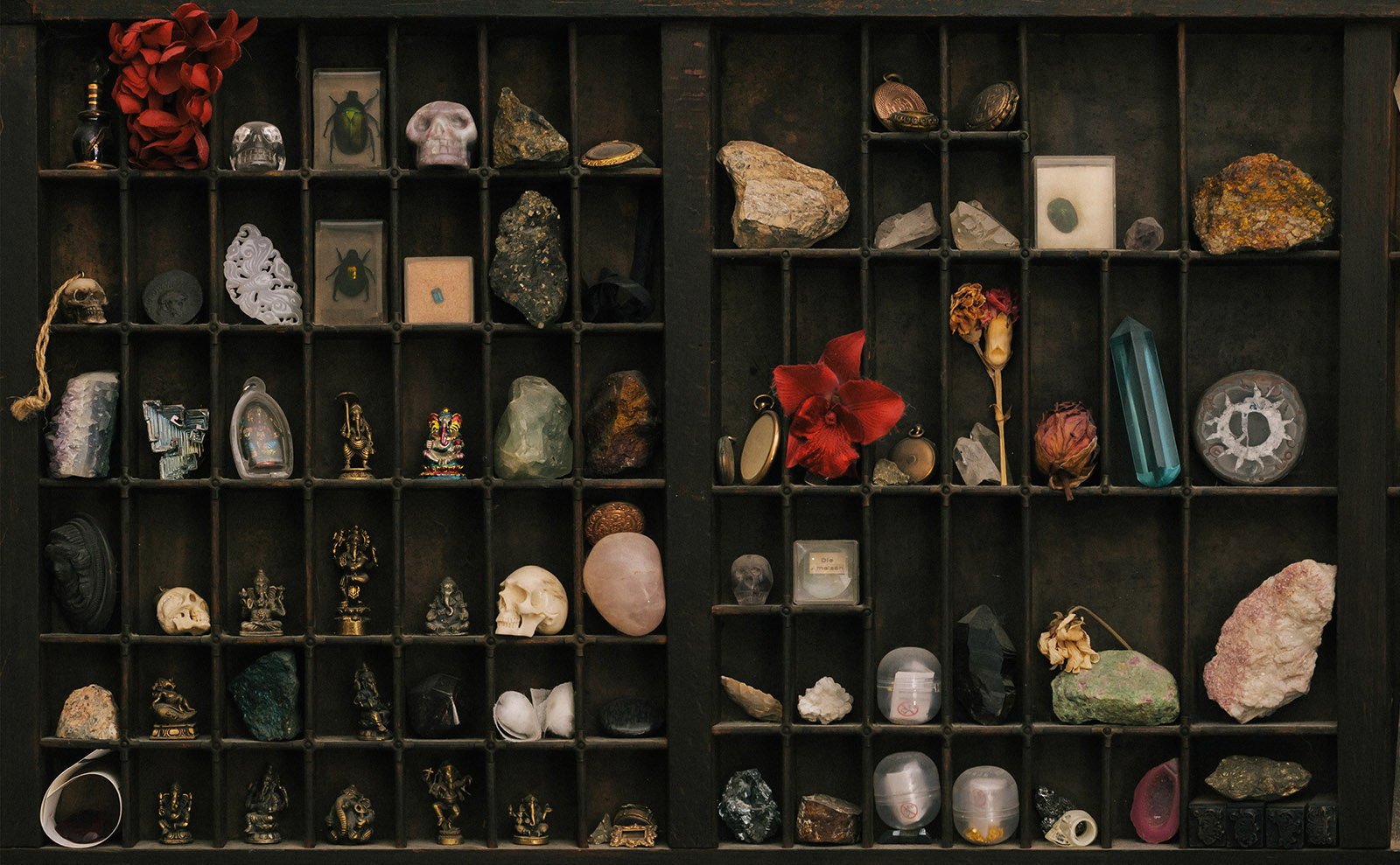 Elizabeth Held’s weekly newsletter What To Read If adroitly pairs books with current issues, buzzy trends, plot points, character types, and more. When we discovered our shared adoration of Plain Bad Heroines by Emily Danforth, she offered to recommend more spooky books set in the halls of sinister schools. — Melissa

If you’ve scrolled through Instagram, Twitter, or TikTok lately, you might have seen references to ‘dark academia.’ The New York Times describes it as ‘traditional-academic-with-a-gothic-edge; think slubby brown cardigans, vintage tweed pants, a worn leather satchel full of a stack of books, dark photos, brooding poetry, and skulls lined up next to candles.’

‘Dark academia’ is a modern-day extension of a classic literary trope: the creepy boarding school, complete with mysterious deaths, unnerving characters, and eerie locales. These atmospheric books will take you into dark dorms and chilling classrooms to deliver hair-raising chills. — Elizabeth Held

A dead 16-year-old boy was found on the grounds of St Kilda’s, an elite boarding school in Ireland for girls, a year before The Secret Place opens. In the book’s opening pages, Holly Mackey, daughter of a detective, brings a photo of Chris with the words ‘I KNOW WHO KILLED HIM’ to the police, causing them to reopen the case.

The story alternates between the single day detectives pass at St. Kilda’s attempting to solve Chris’ murder and flashbacks from the year prior, which help to explain the complex web of cliques at St. Kilda’s. The school is permeated with a feeling of suffocation: The girls are with each other all the time, even as they desperately wish for a break.

The Secret Place is a deep psychological study of teenage girls, with just a touch of the supernatural thrown in. The result is a propulsive — if claustrophobic — read.

The titular Catherine House is an elite three-year college where students pledge to cut off all contact with the outside world in exchange for a world-class education. The isolated school has cult-like rituals, with students participating in mysterious but required rites.

Elisabeth Thomas writes about Ines Murillo, a new student at Catherine House, looking to escape her complicated past. Ines initially loves the school, making friends and feeling at home for the first time in her life. Until her roommate is found dead. Then, Ines begins to wonder if the school’s practices are hiding something more sinister. 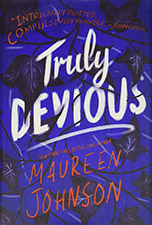 Throughout Maureen Johnson’s Truly Devious trilogy, our heroine Stevie Bell — a teenage true crime enthusiast — solves a cold case that has plagued Ellingham Academy for nearly 90 years. The school was founded to educate the brightest students in 1936. But just weeks after its opening, it’s the site of a kidnapping and a triple murder. The only hint to the culprit is a mysterious letter signed ‘Truly Devious.’

Ellingham Academy itself — the grounds, the dorms, and the classrooms — almost becomes a character, with its own moods, quirks, and backstory.

Truly Devious is lighter than the other books on this list; Stevie and her found family imbue the books with a sense of warmth, even as they struggle with the darkness. {Don’t miss our review of Maureen Johnson’s related stand-alone recent novel The Box in the Woods.—Melissa}

In 1902, at the exclusive Brookhants School for Girls, Flo and Clara share an obsession with Mary MacLean, the (real-life) author of a scandalous memoir. The school closes permanently after their bodies are found with a copy of the book open between them. More than 100 years late, a film crew is at Brookhants to make a movie based on a book documenting the history of the cursed institution. But, as weird occurrences mar the shoot, the crew worries the curse may be real.

In addition to its creepy boarding school (wasps are everywhere), Plain Bad Heroines features a story within a story within a story and beautiful, haunting illustrations from Sara Lautmann. At 600 pages, it’s a commitment worth making. {We love this book and recommended it our Hollywood podcast episode. Get our review here.—Melissa} 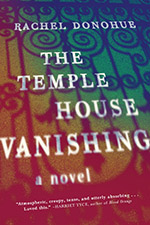 At the Temple House, a drafty cliffside school in Ireland, the nuns, the cliques, and the building itself leave new scholarship student Louisa cold. Louisa eventually forms a close friendship with the wealthy Victoria, and the pair develops an intense relationship with their art teacher, Mr. Lavelle. Then one day, Louisa and Mr. Lavelle disappear. Twenty-five years later, a journalist attempts to uncover what happened to them. The book alternates between the two timelines.

The Temple House Vanishing is a psychological thriller that kept me guessing to the very end. Much like in The Secret Place, the school feels claustrophobic, with the girls snitching on one another to the nuns for the slightest of infractions.

This is a creepy book, and not just because of the setting. The girl’s relationship with Lavelle made me squeamish while reading.

Magic For Liars mixes traditional California noir with a magical school. When private detective Ivy Gamble is summoned to the Osthorne Academy of Young Mages to investigate a ghastly murder, she’s forced to reunite with her estranged twin sister. While her twin was gifted with magical abilities, Ivy was not.

At Osthorne Academy, Ivy discovers that, on the surface, the magical school is similar to her run-of-the-mill non-magical one. The floors are linoleum, and graffiti decorates the lockers. But the students’ magical powers place a layer of complication over everything.

Unlike other magical schools found in literature, the inhabitants of Osthorne interact with the outside world, yet the campus is still odd enough to make Ivy feel like an outsider.

Hailsham, the boarding school in Never Let Me Go, is the stuff of nightmares. The students there are well cared for and constantly told they’re special. They work in the vegetable garden and complete art projects. However, a small group of students learns the nurturing environment is a front for a far more sinister plot.

The portions of the story about Hailsham are told in flashbacks, demonstrating its significant role in the students’ lives. While they were there for only a brief period, it shaped who they would become.

The prose in Never Let Me Go is brilliant and haunting — there’s a reason Ishiguro won a Nobel prize in literature — and the story will stay with you for years. 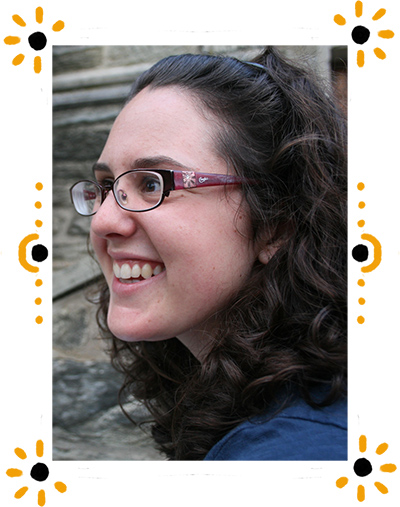