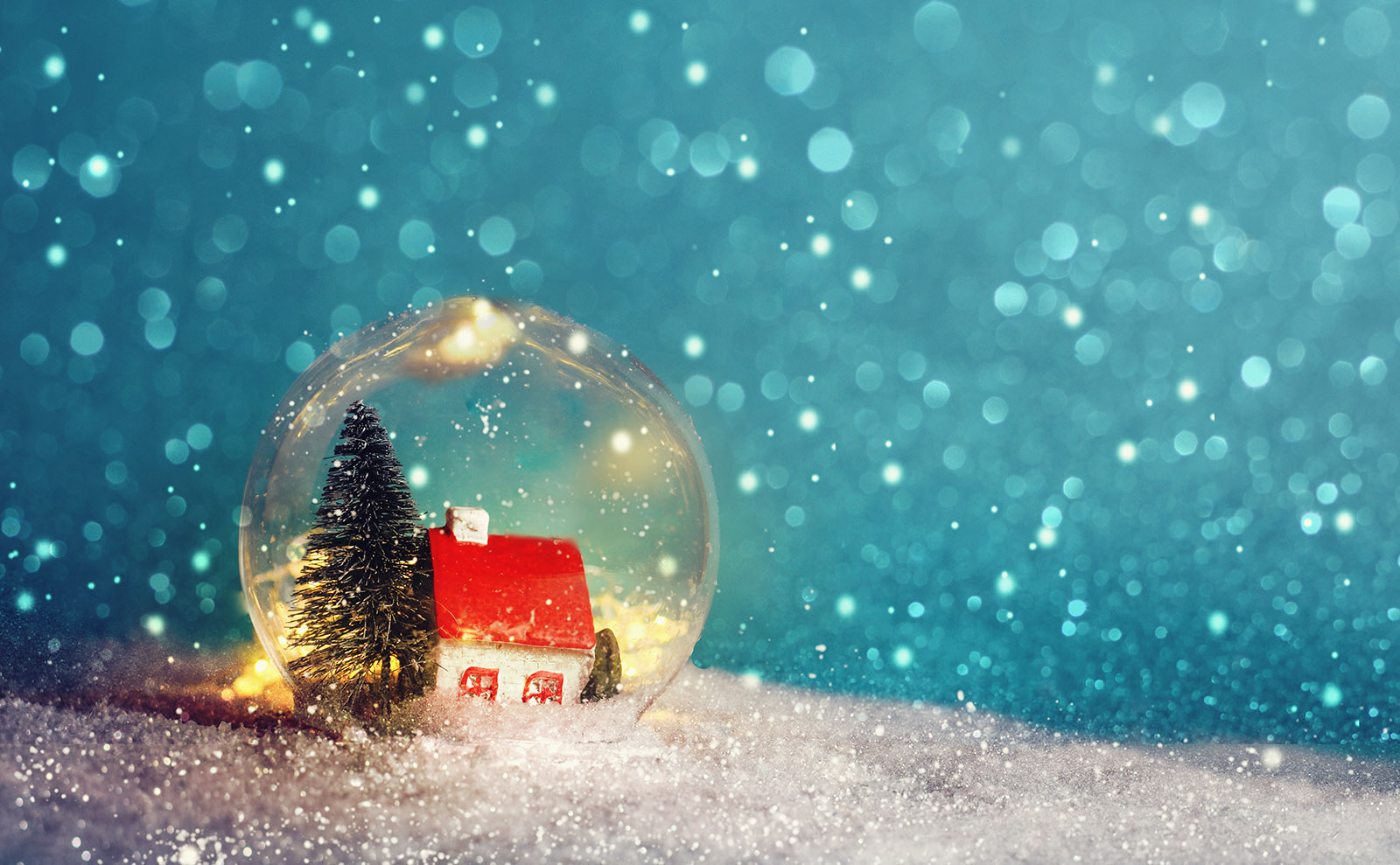 Transcript / SSoP Podcast: A Mini-Episode to Wish You Holiday Cheer and a Happy New Year

This is a transcription of SSoP Podcast: A Mini-Episode to Wish You Holiday Cheer and a Happy New Year.

David: Happy holidays and welcome to a special episode of Strong Sense of Place. We hope you’re doing well.

David: We are on a little break, a little tiny break. We will be back on January 4th with an episode about Vietnam. But we didn’t want to let this entire season zip by without dropping in to say hi and spread a little merry.

David: We have ideas about how you can make your season bright.

Melissa: You could start by baking a batch of Russian teacakes. I’m just going to say that.

Melissa: I feel like everyone’s holiday season gets merrier.

David: You wouldn’t be wrong.

David: If you were going to distill love into a cookie, you would get to a Russian teacake.

David: So where can we find this recipe for a Russian teacake?

Melissa: It’s on our website. The easiest way to get there is to go to Destinations and click on the magical word Christmas.

Melissa: And then you will get all of our holiday content, including book recommendations and the Russian teacake recipe.

Melissa: I mean, I’ve been making them since I was a child with my mom.

Melissa: From the Betty Crocker Cooky Book, a.k.a. the best cookie cookbook in existence.

David: My mother also made these. So we’ve been shoving Russian teacakes into our pieholes since we were little, little tiny kids. And I haven’t regretted a single one. I want to say that!

Melissa: One word of warning don’t inhale when you’re holding in front of your mouth.

Melissa: And if you accidentally inhale when you’re holding it in front of your mouth, you inhale the sugar dust.

David: A lot of coughing.

Melissa: Holiday-party-ruining levels of coughing. But other than that they’re perfect.

David: Yeah, as in love, if you play around you will get burned. [laughter] But we’ve been eating Russian teacakes for a long, long time and that’s been a tradition forever. One of the things that’s really nice about travel is that as you move around the great big globe or as the globe comes to you, you can pick up traditions that you like and keep them as your own, which is fantastic.

Melissa: It really is.

David: One of the traditions that we’ve held together has been on Christmas Eve. We have lasagna.

Melissa: Because I grew up in a half-Italian family, and we always had Italian food on Christmas Eve. So that was something that carried over from my childhood. And I feel like I’ve forced it on you a little bit, but you love lasagna, so it worked out.

David: Oh! In no way have you forced this on me. And in fact we used to have people over and then that got out of control.

Melissa: It kind of did a little bit. This is another tradition from when I was a kid. My mom would always have a big Christmas Eve party.

Melissa: So we started inviting — we call them orphans, the people who we were friends with who didn’t have family to spend Christmas Eve together. And we gave them lasagna. And then one year someone said, May I also bring a lasagna? And we said, yes. And then the next year, a friend of ours, who is a prankster —

David: And a little competitive —

Melissa: Suggested that it should be a lasagna-off.

Melissa: And soon almost everyone who came was bringing a lasagna, and we would line them all up on the counter and eat them. And the final year culminated in us having 25 people in a small house. And I think we had eight lasagnas that year. And after we ate them, we all went for a walk through the neighborhood and got invited into a neighbor’s house where they had a collection of hundreds of nutcrackers.

David: [laughter] Yeah, a very brave person to invite 25 strangers into their house on Christmas Eve.

Melissa: This Christmas Eve they were feeling generous.

David: They were. That was lovely.

Melissa: Yeah, so the whole thing has kind of a magical quality about it. One of the other traditions that we’ve added into our own little patchwork quilt is that now that we live in Prague, in the Czech Republic, on Christmas Day, we have Czech potato salad and pork, because in Czech Republic people often eat schnitzel and bramborový salat, which is potato salad for Christmas.

Melissa: It doesn’t seem seedy or sketchy or uncomfortable or weird. It’s cute.

Melissa: It would never have occurred to me to go to a bar on Christmas Day when we lived in the United States, but there’s something very celebratory about it being half-outside.

David: Yeah, right. You’re up there and it’s cold, but there’s something that’s just really nice about just sitting there and that little bit of human contact that you get from ordering a drink.

Melissa: And this is going to sound weird, but this bar, it’s a pub, and it does kind of have a family vibe to it because in addition to having beer and some cocktails, they also have hot chocolate and tea. And there’s a fireplace inside. And you often see Czech families with the adults and the kids because pubs are an all-ages experience.

David: Yeah. And like a year ago we were up there and while we were sitting there, a band set up — a little Roma band up and set up that was just magic, sat there and listened to them and watched people come by and start dancing and whatnot.

Melissa: It was great. And finally, our favorite Christmas tradition that we have kind of hijacked from another culture is the Icelandic Book Flood.

Melissa: Which is — you exchange books on Christmas Eve and chocolates and you spend the evening reading your book, eating chocolates. I mean, what could be better than that?

David: It’s pretty fantastic. Yeah. You trade as you said, you trade books and then there’s a — we do it early so that we can you can get a book done or at least a good chunk of it and have a little dinner and eat some chocolate and get snuggly. And it’s great.

Melissa: There’s more information about that on our website as well, if you would like to adopt that tradition yourself.

David: But there’s one more tradition that we wanted to talk about.

Melissa: This is a really good one.

David: When we lived in Vermont, there was a theater performance at Dartmouth called The Christmas Revels. It’s a little bit of a patchwork situation. There’s a little bit of drama. There’s maybe a ghost story. There is people singing and dancing. I think we saw like three or four of them, and they usually had a child’s chorus, as well. So the kids would come out and, like, do a song and go away and they’d come in and do the second part of the drama and whatnot. And it was really great. And then we found out later that it was based on some pre-Shakespearean theater stuff. So this is old, ancient entertainment, live entertainment, kind of brought back to to bring in the season. And one of the things that they did every year was a performance of this poem called ‘The Shortest Day’ by Susan Cooper.

Melissa: If you are listening to this podcast on the day we released it, December 21st, it is the winter solstice, which means it’s the shortest day and the longest night. But we’re at a turning point because we’re heading toward the spring. In pagan times, the winter solstice was known as yule. And that’s going to be an important point when we get to the poem. Context is everything.

David: Context is everything.

Melissa: This poem is by the British author Susan Cooper, and she is primarily known for her children’s works. She’s the author of a fantasy series called The Dark is Rising, which is set in England and Wales. She’s been writing these books since the 1970s. They were wildly popular, and they incorporate British mythology. She knows some stuff.

David: She knows some stuff. She’s had a fascinating life.

Melissa: She has. I’m going to link to her Wikipedia page because it is worth reading.

The Shortest Day by Susan Cooper

Melissa: We are wishing you the happiest of holidays. Thank you so much always for your support and for coming along with us on our reading adventures.

The island nation of Iceland has much to recommend it: breathtaking scenery, the creamiest yogurt, friendly inhabitants, amazing seafood, and a charming holiday tradition: the Christmas Book Flood called Jólabókaflóðið.

Welcome Yule with 'The Shortest Day' by Susan Cooper

The shortest day, the longest night, the transition to deep midwinter — the winter solstice is a powerful date on the calendar. This moving poem by British author Susan Cooper captures its magic. Welcome, Yule!

It's just four days until Christmas, and it's Manny's last night working at the Red Lobster that's the center of his life. This quiet story is vast in its emotional scope and sense of place — sweet, sad, and dignified.