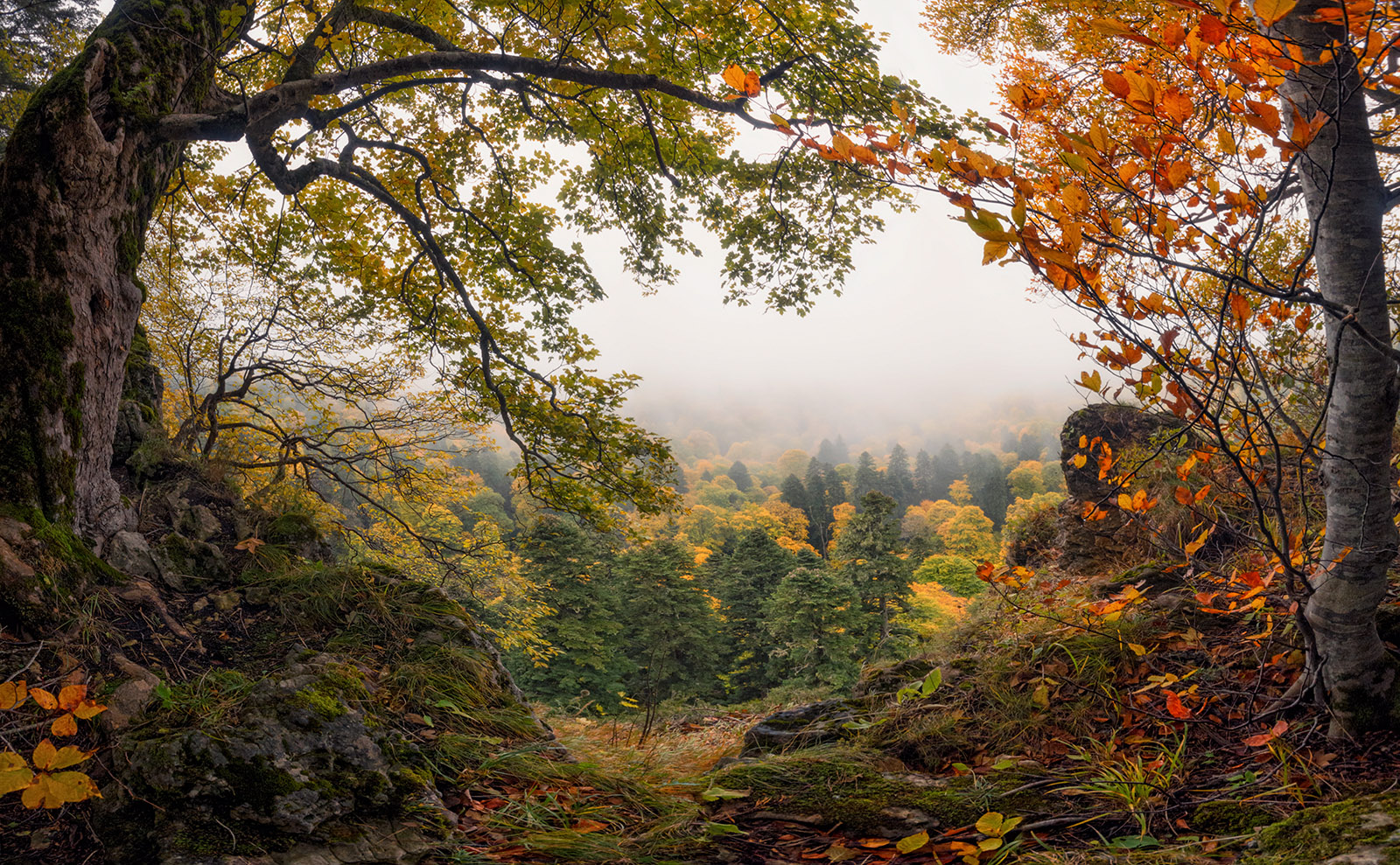 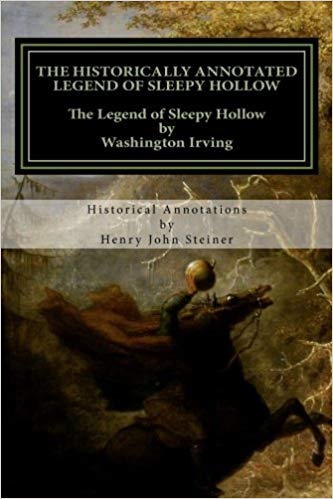 Aside from the ghost stories the residents adore — and his new-found rivalry with the handsome Brom Bones for Katrina’s affection — there’s not much going on in Ichabod’s new hometown. So, he’s delighted to attend the autumn party at the Van Tassel’s farm. It’s the event of the season! He’s even more pleased when he arrives to find a lavish spread of food arrayed before him:

Fain would I pause to dwell upon the world of charms that burst upon the enraptured gaze of my hero, as he entered the state parlor of Van Tassel’s mansion. Not those of the bevy of buxom lasses, with their luxurious display of red and white; but the ample charms of a genuine Dutch country tea-table, in the sumptuous time of autumn.

Such heaped up platters of cakes of various and almost indescribable kinds, known only to experienced Dutch housewives!

There was the doughty doughnut, the tender oly koek, and the crisp and crumbling cruller; sweet cakes and short cakes, ginger cakes and honey cakes, and the whole family of cakes. And then there were apple pies, and peach pies, and pumpkin pies; besides slices of ham and smoked beef; and moreover delectable dishes of preserved plums, and peaches, and pears, and quinces; not to mention broiled shad and roasted chickens; together with bowls of milk and cream, all mingled higgledy-piggledy, pretty much as I have enumerated them, with the motherly teapot sending up its clouds of vapor from the midst…

What better way to pay homage to the residents of Sleepy Hollow than a luscious cake!

Despite its fancy appearance, this cake is easy to make. It’s a festive way to revel in the earthy, cozy flavors of autumn while indulging in eerie stories of the season. Should the Headless Horseman cross your path, you need only catch the flaming pumpkin he hurls in your direction, and then replace the canned pumpkin in the recipe with the ghoulish gourd.

Combine dry ingredients. In a medium bowl, combine flour, baking powder, cinnamon, ginger, nutmeg, and salt. Mix with a fork and set aside.

Beat the eggs. Beat the eggs for 5 minutes, until fluffy. Add the sugar and lemon juice; beat until combined and smooth, about 2 minutes. Stir in the pumpkin, then fold in the flour blend. Mix until just combined.

Bake it. Spread the batter on the jelly roll pan, then sprinkle the chopped nuts evenly over the top. Bake for 12-15 minutes. The cake should spring back when you touch it lightly with your finger. Remove the cake from the oven and move directly to the next step.

Roll it. Sprinkle a clean tea towel generously with confectioner’s sugar. Turn the cake out onto the towel and remove the parchment paper. Starting at the 10-inch end, gently roll the cake and towel to make a log. Set aside and allow it to cool completely.

Make the filling. Combine the sugar, cream cheese, butter, and vanilla in a mixing bowl. Beat until smooth and fluffy.

Big finish. When the cake is cool, carefully unroll it, spread evenly with the cream cheese filling, then re-roll without the towel. Wrap the cake tightly in plastic wrap and chill for at least 1 hour before serving. Tastes even better on the second day. When you’re ready to serve, dust the top with confectioner’s sugar and cut into 1-inch slices.

He was tall, but exceedingly lank, with narrow shoulders, long arms and legs, hands that dangled a mile out of his sleeves, feet that might have served for shovels, and his whole frame most loosely hung together. His head was small, and flat at top, with huge ears, large green glassy eyes, and a long snipe nose, so that it looked like a weather-cock perched upon his spindle neck to tell which way the wind blew. To see him striding along the profile of a hill on a windy day, with his clothes bagging and fluttering about him, one might have mistaken him for the genius of famine descending upon the earth, or some scarecrow eloped from a cornfield. — Washington Irving

The Legend of Sleepy Hollow

The story begins in 1790 when our mostly unlikeable hero — school teacher Ichabod Crane — arrives in the village of Tarrytown. Tucked away in the secluded valley of Sleepy Hollow, it’s well known for its ghost stories, and the most famous of all is that of the Headless Horseman. He lost his head to a cannonball during the American Revolution, and he rides his black steed on a nightly quest for his noggin. Soon Ichabod is trying to wriggle his way into Tarrytown society and win the heart of Katrina Van Tassel, the daughter of the richest man in town. On the night of the big autumn party at the Van Tassel’s farm, tensions that have been simmering under the surface come to a head. {more}

This American classic (112 pages) was published in March of 2014 by Milestone Productions. The book takes you to a small town in 18th century New York. Melissa read The Legend of Sleepy Hollow and loved it; it wouldn't be on our site if she didn't recommend it.