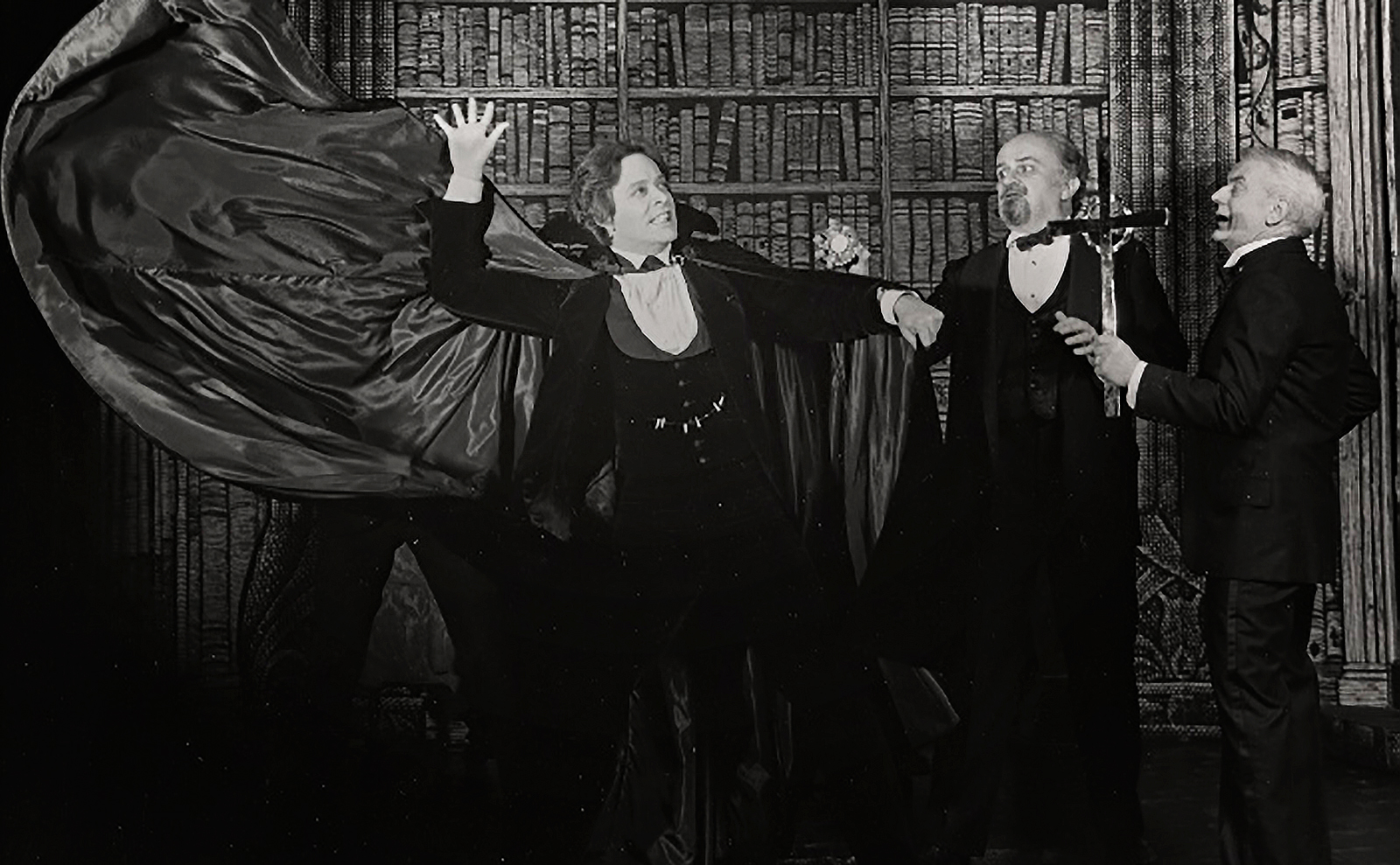 This weekend, we recommend a thrilling journey to the Carpathian mountains, the terror of Transylvania, the windy coast of Whitby, the wilds of Hungary, and the foggy streets of London with a team of crusaders committed to foiling evil. That’s right! We think you should go vampire hunting in the 19th century.

Bram Stoker’s Dracula is the OG vampire. He’s intelligent, cunning, polished, and entirely terrifying — the perfect foil for the pure-hearted team hell-bent on his demise.

The names of those heroes and heroines are firmly ensconced in pop culture: Jonathan and Mina Harker, Lucy Westenra, Dr. John Seward, and Dr. Van Helsing. Their letters and diary entries, as well as newspaper articles and even a ship’s log, disclose the haunting story of the original bloodsucker. Getting caught up in their spellbinding accounts is as effortless and natural as slipping into a dream.

The story is a classic hero’s quest: Jonathan, a young solicitor eager to prove himself and marry his true love, journeys to an isolated castle in Romania to meet his client, the mysterious Count Dracula. Despite the Count’s cordial welcome, Jonathan is beleaguered by a sense of creeping dread, and his instincts are correct. He’s soon fleeing for his life and fighting to protect his friends from troublesome symptoms: sleepwalking, unaccountable blood loss, and those curious wounds on the throat.

But it’s not all frantic carriage rides, harrowing escapes, and stakes through the heart. There are many moments of palpable emotion. By the end, you realize this story about a monster was a tale of devoted friendship all along.

As much as this is a Gothic horror and adventure tale, it’s also a sweet Victorian romance, and at its emotional center is Mina. She’s intelligent and brave, a true friend to Lucy, and a stalwart (and loving) companion to her fiance Jonathan. And he’s equally devoted to her, documenting, from the start, his trip from England to Transylvania, through foreign territory and mysterious experiences. With Jonathan’s journal — and the other characters’ correspondence — Bram Stoker immerses us in a travelogue of Eastern Europe. Cloaked in superstition, destinations in the ‘extreme east’ like Budapest (‘Buda-Pesth’) and ‘Transylvania, Moldavia, and Bukovina’ would have seemed as distant and unfamiliar as the moon. As Jonathan explores the local customs and cuisine, we do, too.

In addition to enjoying the novel or audiobook, you can also bring this story to life yourself with Edward Gorey’s Dracula: A Toy Theatre. The artist Edward Gorey is adored for his delightfully macabre illustrations. He also designed the sets for a 1977 Broadway revival of the stage adaptation with Raul Julia as the Count. Gorey won the Tony Award for Best Costume Design and was nominated for Best Scenic Design. The deliciously melodramatic photo above is from the Broadway show; eyeball more dazzling images in the NYPL Digital Collection. (You can also take a deep dive into the sets of the show with this piece on Crime Reads.)

Thes photos below are shots of our toy theatre. Our Halloween plans include putting on the stage version of Dracula in our living room. We even tracked down a print copy of the original script so our production will be as authentic as possible. Currently awaiting the arrival of a black silk cape (David) and fainting couch (Melissa). 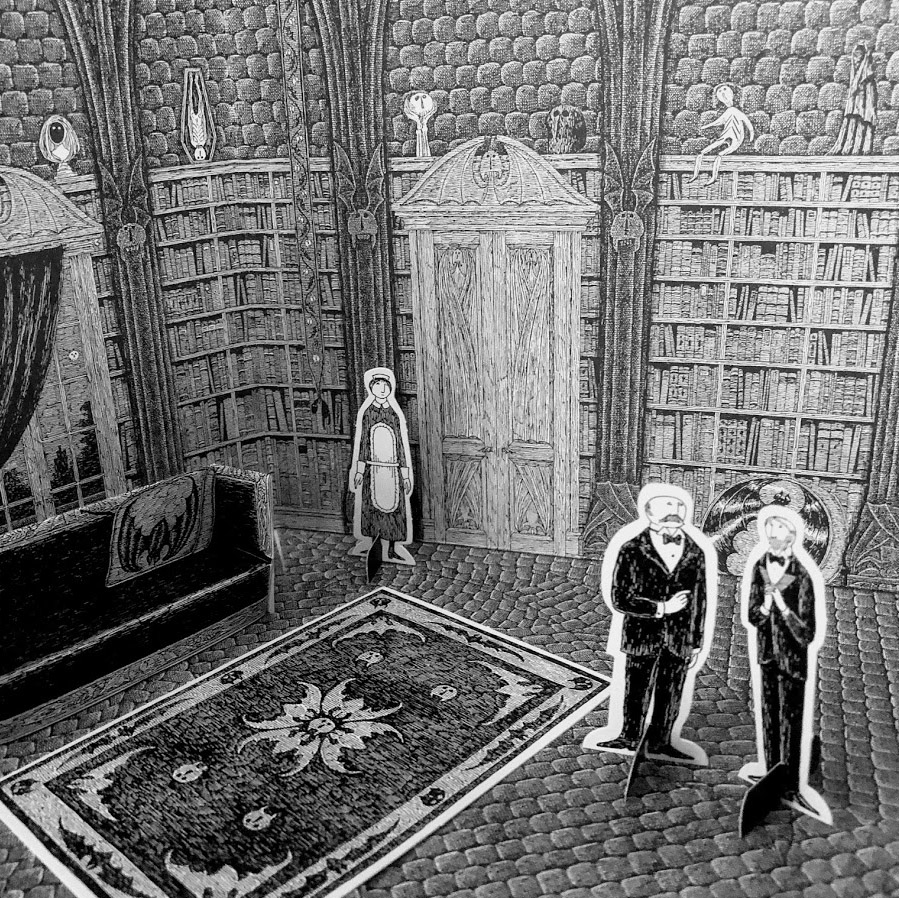 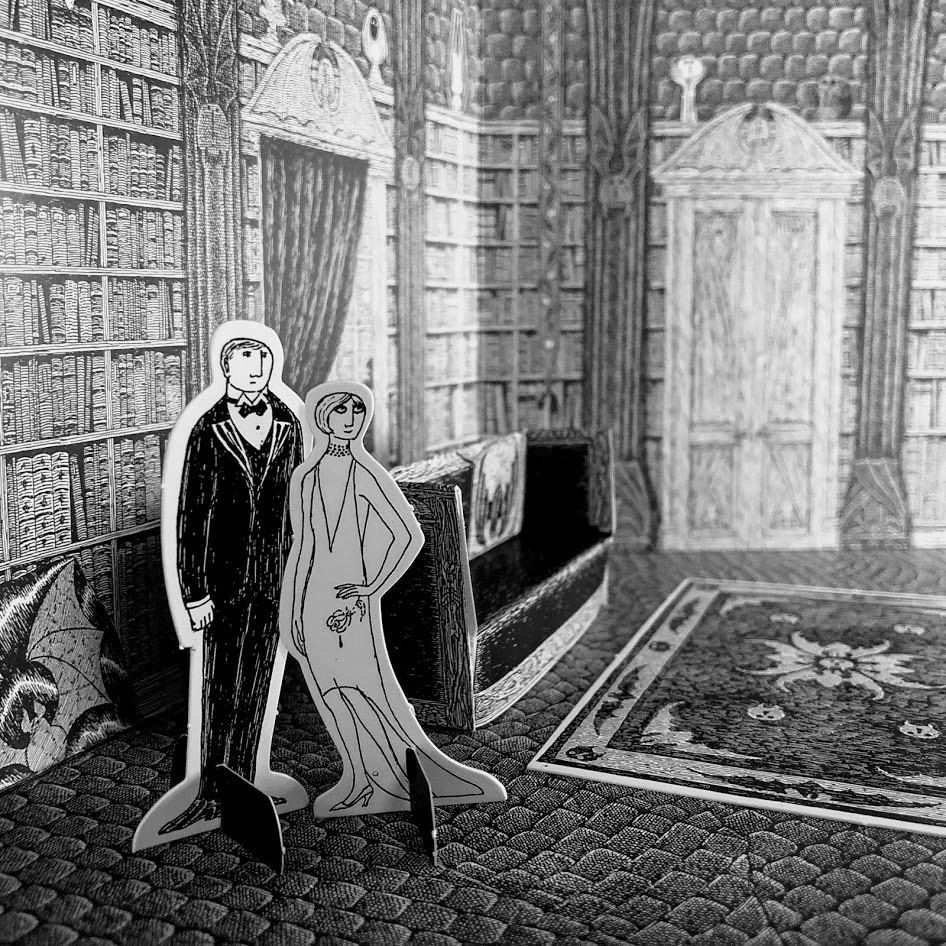 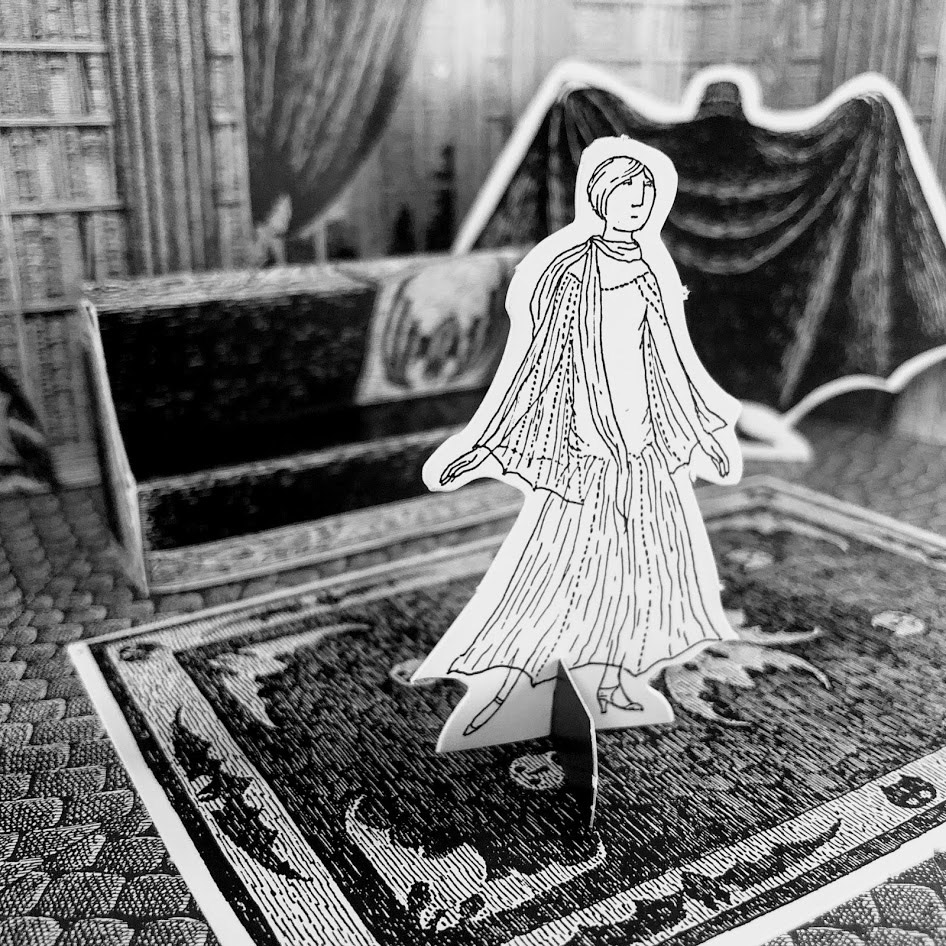 Here’s a video of another fan’s tabletop production:

Left Munich at 8:35 P. M., on 1st May, arriving at Vienna early next morning; should have arrived at 6:46, but train was an hour late. Buda-Pesth seems a wonderful place, from the glimpse which I got of it from the train and the little I could walk through the streets… The impression I had was that we were leaving the West and entering the East; the most western of splendid bridges over the Danube, which is here of noble width and depth, took us among the traditions of Turkish rule. We left in pretty good time, and came after nightfall to Klausenburgh. Here I stopped for the night at the Hotel Royale. I had for dinner, or rather supper, a chicken done up some way with red pepper, which was very good… I asked the waiter, and he said it was called ‘paprika hendl,’ and that, as it was a national dish, I should be able to get it anywhere along the Carpathians. — Bram Stoker

This Gothic classic (15 hours and 28 minutes) was published in February of 2012 by Audible Studios. The audiobook takes you to Transylvania and Whitby, England. Melissa listened to Dracula and loved it; it wouldn't be on our site if she didn't recommend it.