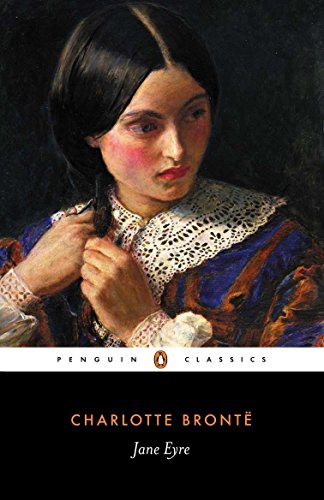 Jane Eyre is a character for the ages: an orphan with no prospects — and no one to love her — who defiantly wends her own way through the world with determination, a strong moral compass, and her unerring belief in her inherent value.

But before all of that… poor Jane! For our reading pleasure, she is routinely oppressed, thwarted, belittled, and tortured in Charlotte Brontë’s masterful Bildungsroman.

When the story opens with its memorably bleak first line — There was no possibility of taking a walk that day.’ — Jane is about to be whacked on the head with a book by her monstrous cousin John. Orphaned and denied all affection, Jane has been sentenced to live at the luxurious Gateshead Hall with an aunt and cousins who literally wish she were dead. They remind her every day that the books, the velveteen window seats, the pretty china plates are not hers; she is forbidden to take pleasure in them. Then she’s locked in the red-room — a chamber little Jane is sure must be haunted — for a crime she did not commit. It’s a dark moment for our heroine, and it’s a relief (for all of us) when she’s sent to Lowood School.

Sure, it’s a barren, drafty, hard-edged old pile governed by draconian rules and inhabited by half-starved urchins from equally unwelcoming homes. But Jane’s tenacity and grit help her survive the icy winters and meager meals of Lowood for nearly a decade.

Ready to rise above her circumstances, she’s hired as a 19-year-old governess at Thornfield Hall, ‘a gentleman’s manor-house, not a nobleman’s seat,’ with gray battlements, a vast meadow, and ‘mighty old thorn trees.’ At last, Jane begins to feel at home — but this is a 19th-century novel, so her tranquility is not meant to be.

At Thornfield, love is found and lost, damaging secrets are kept and revealed, and Jane is forced, again, to comfort herself and find the strength to stand on her own. Only then can she find her true home.

This is a novel to read and read again; each experience with this story reveals new depths of character and a fresh appreciation for Brontë’s turns of phrase. It’s populated with people who feel quite real. There’s Jane, of course; we could write dozens of pages about why we love Jane. But we also meet her dearest friend Helen, the kind housekeeper Mrs. Fairfax, the damaged and brooding Mr. Rochester, the priggish St. John Rivers and his beloved, sweet sisters Mary and Diana, and the original Victorian femme fatale herself: Blanche Ingram.

This novel has everything that makes reading fiction so enthralling: palpable atmosphere, dastardly secrets, relentlessly evil villains, true love and twisted romance, perilous escapes, dramatic weather, and tender moments of kindness and peace — plus Jane. Always Jane. An unforgettable heroine who, after almost 200 years, is still an exemplary role model for us all.

Women are supposed to be very calm generally: but women feel just as men feel; they need exercise for their faculties, and a field for their efforts, as much as their brothers do; they suffer from too rigid a restraint, to absolute a stagnation, precisely as men would suffer; and it is narrow-minded in their more privileged fellow-creatures to say that they ought to confine themselves to making puddings and knitting stockings, to playing on the piano and embroidering bags. It is thoughtless to condemn them, or laugh at them, if they seek to do more or learn more than custom has pronounced necessary for their sex. — Charlotte Brontë

This is a challenging and odd Victorian novel by Charlotte Brontë. But if you invest in it a bit, it will pay you back in spades with atmosphere, vivid descriptions of Brussels, and an ending you'll never forget.

Happy Birthday to Charlotte Brontë, Born on This Day in 1816

If we could, we would invite Charlotte Brontë over for a celebratory afternoon tea with finger sandwiches, scones, plenty of hot Earl Grey, and the hot gossip about her crush on her teacher Constantin Héger. HBD, CB!